We went to California today.  Well not really, but it felt like it.  The sun came out and we had lunch at a Pho restaurant.  My awesomer half took us to lunch at Pho Viet on Parnell Street in Dublin, and it totally reminded me of being back in the San Francisco Bay Area. 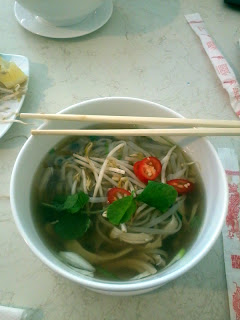 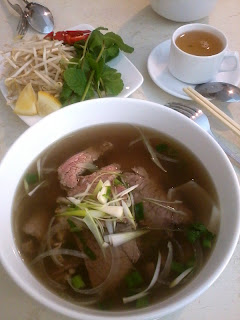 Pho is a Vietnamese noodle soup.  The folks in Dublin do it right.  The noodles were silky smooth, the broth was divine, the meat was succulent.  Everything tasted so clean and fresh.  We will definitely visit again.
Posted by Hitchhiker42 at 17:50 No comments:

I am a disgrace.  Well, according to one of Dublin's inner city junkies I am.  Let me explain... 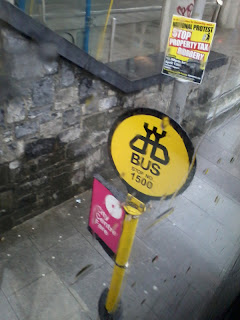 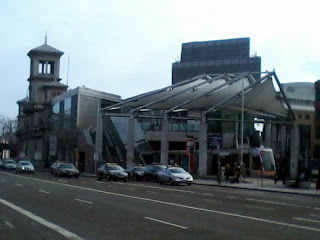 in front of Connolly Station 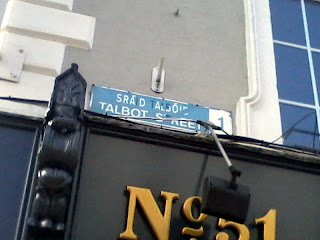 which is by Talbot Street 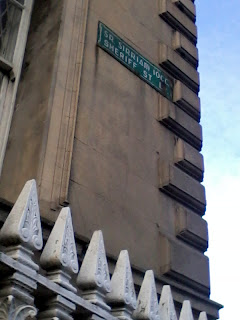 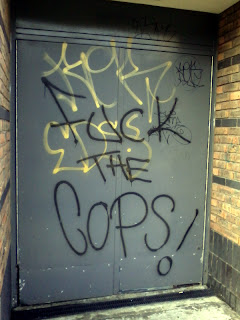 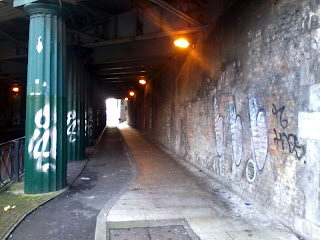 in the bowels of the city.

Junkie boy walks off.  I notice him picking up cigarette butts near the lamp post.  He talks with a friend for a minute.  Then he walks past me again.  I'm not turning my back on him.  This doesn't feel right.

Junkie McTrackmarks begs some people walking out of Conolly station.  He tries his luck with 5 or 6 people, then he walks past me AGAIN.  This time he meets his friend.  The friend walks past.  They're trying to flank me, one on either side.  I stand like they taught us in Aikido; it's a squared off stance that increases your stability.

So Junkie McTrackmarks passes me a third time.  He makes a point of walking really close to me.  He leans in and says--inches from my head--

I'm like... what?  I stare at him, eyes burning.  He takes a step, turns around and says again, "You're a disgrace."  What?  For not giving you money?  He was really aggressive.  This really pissed me off.

Perhaps it was the threatening way I was holding my umbrella.  I had it by the wrong end, with the hooked handle down.  Seriously, I was ready to clock him with it.  My posture said:  "Come at me bro."  He mumbled something quietly, smiled and backed off...

He and his buddy bade a hasty retreat to Talbot street, jay-walking in front of a speeding taxi.  I guess they were hoping to score.  Or sell their asses in an alley, I don't know?  Losers. 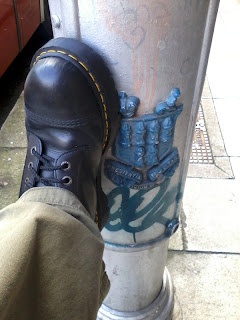 There is a reason why I wear steel-toed Doc Martens.

After living in Ireland for almost 2 years, I have begun to realize that a lot of people have a hand-out mentality.  They think the government will pay for all their needs, and the world owes them a living.  Here is a perfect example:

This made big news recently because the Minister for Social Protection has decided to cut the grant to assist poor families with costs for First Communion.  Yes you read that right.  Ireland--up until now--had been giving out 300 euro grants to families so they could buy First Communion dresses for their kiddies.  According to this article:  "Last year the Government paid out more than €1.5 million in communion and confirmation grants."

In Ireland, being on the dole and getting government handouts has become a lifestyle choice.  There are third and forth generations of people who have not worked a day in their lives.  The government puts them in "Council Housing" and gives them money while they supposedly look for jobs.  In reality, there are 30 year old men sitting on the couch drinking cider and playing video games all day.

Talk about a disgrace.  There are thousands of Irish men who need to grow a pair and support themselves.
Posted by Hitchhiker42 at 00:07 4 comments: