Scenes from a Train 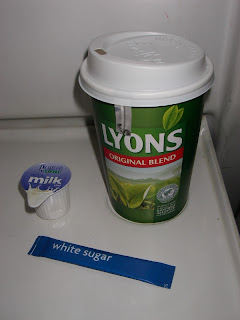 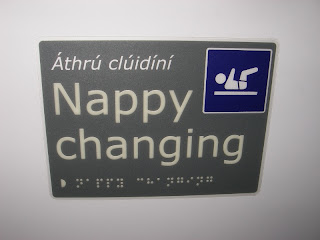 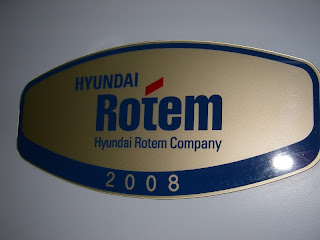 We took the train from Heuston Station in Dublin to Galway on Friday after work.  I had to take two buses to get there, and the first one didn't come when it was scheduled (thank you Dublin Bus) but it finally worked out and I got there.  Woo hoo.  We had a cup of coffee in the train station before embarking.

The Irish train system is called Iarnród Éireann and they have a whole new fleet of quiet, well mannered trains.  They are nice and quiet.  They don't even go clickity-clack over the track like those old electric-diesel dinosaurs operated by CalTrans (in California for the non-Cali-folks reading this.)  We have a track by our house and when the train goes by it sounds more like a 20 ton washing machine on spin-cycle.  Wooooosh.

On the train, they have a tea cart where you can purchase snacks.  I like Lyon's tea a great deal, so I got a cup.  Later (on my way to the restroom) I noticed a few little things about the train.  The "Nappy Changing" sign was in the restroom, which I found amusing.  Americans know what Nappies are but we don't really use that word.  Also, on the rear wall of every train car there is a manufacturer's sign.  This car was made by Hyundai in 2008.
Posted by Hitchhiker42 at 11:20