My Awesomer Half and I were in town this afternoon--just doing our normal thing--when suddenly, a wild Pride Parade appears!  We were just shopping on O'Connell Street around 2 o'clock when we saw flashing lights up the street and heard whistles.  We were like, "Oh cool, let's check that out!"  We walked across the street and stood by the Spire.  There was a police escort and things started up just as we got there. 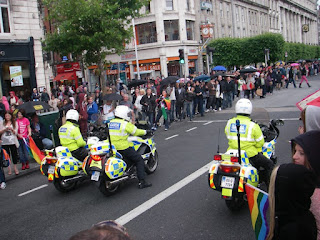 It was cool to watch the parade go by.  The thing that struck me most about the whole experience was how happy people were.  This is going to sound corny, but I was really touched by how proud people were.  I mean, yeah, of course... that's why they call it a Pride march, but it was really a feel-good experience.  You could see it in peoples' faces.  They were proud of who they were, and excited about being able to show it.  I thought that was really nice:  People celebrating the art of being people.  That rocks.  So without further ado, les photographies: 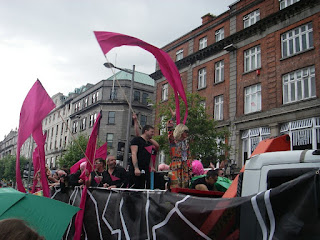 Geez, what a bunch of flags... 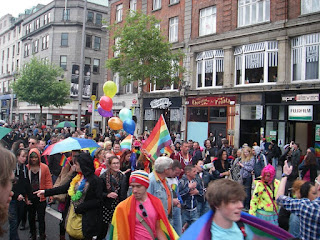 There was a pretty good turnout 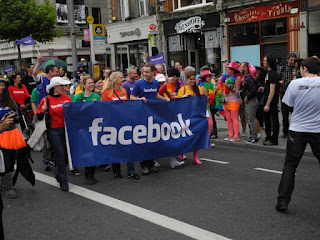 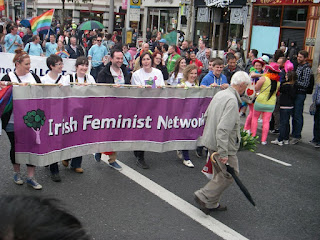 Typical Irish Male:  "Damn feminists, outa my way... old man coming through!"
(Seriously, this old guy made the parade stop so he could cross the street!)  lol 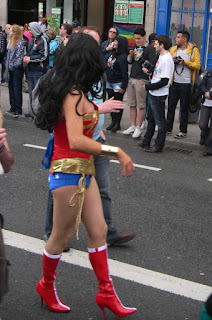 Please tell me that's where she keeps the keys to the invisible jet-plane...? 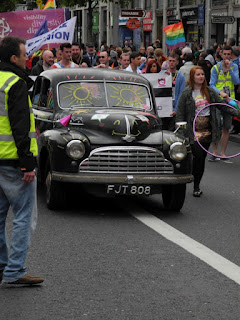 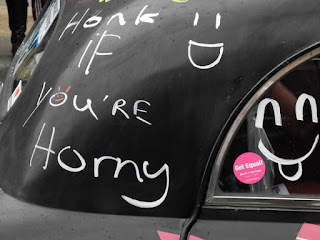 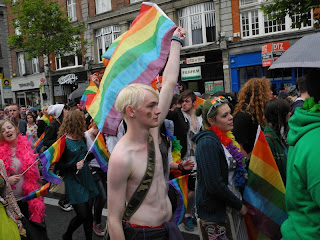 My awesomer half took this portrait.  It pretty much sums up the event.  Isn't this a great photo? 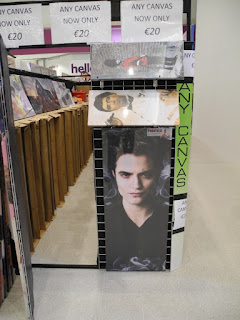 I have to say this was still the gayest thing I saw all day.