Could Harry Potter be in Dublin? 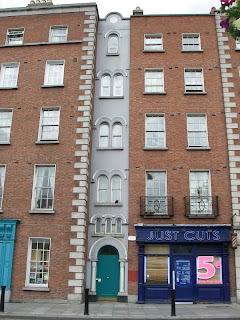 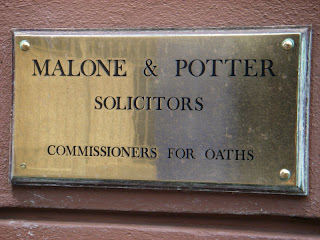 Do you remember the scene from Harry Potter and the Order of the Phoenix where Number 12, Grimmauld Place is revealed?  It has been disguised from Muggles and is essentially invisible to them.  Mad Eye Moody knocks three times with his walking stick and Number 12 appears to grow from between numbers 11 and 13.  Well... I found this strange looking building near O'Connell Street and it made me wonder:  Could Harry Potter be living in Dublin?  Perhaps there is another Potter--a relative of James--working in Ireland as a solicitor.  I was about to knock but an ancient house elf appeared in the upper window and gave me a mad look, so I thought better of the idea.
Posted by Hitchhiker42 at 09:24